The Boss of 1-1: The Spider Queen, the Dog-Like Mountains and Mateo's Theme for the First Level

Sorry for the delay in posting, but the team has been very busy getting things together in Game Maker and developing the combat system, something that is not always amenable to producing images for people to see. Having said that, this past week Luis has been producing more concept images for the game's monsters, and Mateo has composed an incredible theme song for the first level.

First up is the Spider Queen, a creature we hope to serve as a boss at the end of Level 1-1.  The Spider Queen will test the player's ability to negotiate multiple enemies as she spawns juvenile spiders which pursue the player and possesses strong attacks of her own. We envision that she will function as a landscape of various challenges to the player. 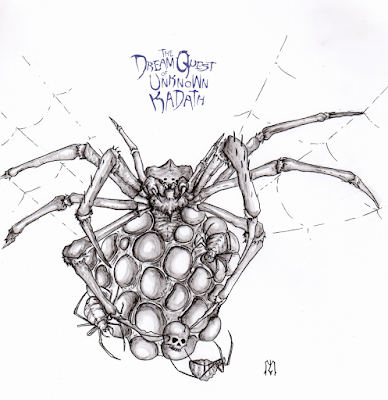 The other beast featured this week is the Two-Headed Dog-Like Mountains, which can be seen below.  While it is unlikely that the initial portion of our project will feature this creature, it will definitely be significant in later levels. 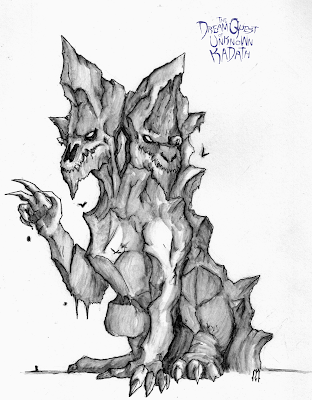 Finally, Mateo has produced another fantastic song to add to the game's soundtrack, this time the main theme for the first level of the game, Big Cypress Cemetery.  Keep in mind that this song will constantly play in a loop as Carter transverses the creepy southern graveyard.

For out next post we should have something rather substantial to show you regarding the game, as Kyle has been working very hard to put the combat system into place.  Until then, thank you very much for following our progress!
Posted by Nate Wallace at 4:36 AM