In our last update before the NecronomiCon, we feature a concept image by Luis of the "Slant-Eyed Merchant" featured in the novella, The Dream-Quest of Unknown Kadath.  It's important to note that Lovecraft doesn't specify whether Carter encounters the same "Slant-Eyed" merchant throughout the novella, such as in Dylath-Leen (where he drugs him), Inquanok (he sees him in another tavern), quarry (where he forces him onto a shantak bird) and eventually the monastery of the High Priest Not to Be Described where Carter shoves him into a deep well.  Indeed, in the pivotal scene described as taking place in Dylath-Leen before Carter's abduction and journey to the moon, Lovecraft writes “one of the uncomfortable merchants spoke to” Carter and poisoned him, which may indicate a separate Lengian merchant.

Similarly, while most of the visual/comic adaptations out there represent the merchant as one character, such as in Ben Avery and Leong Wan Kok's adaptation, there have been others like Ian Culbard’s recent version which incorporates a distinct shantak rider who carries Carter over the Planes of Leng.  For our purposes, we have decided to have one merchant who will serve as one of the primary antagonists to torment Carter throughout our game. 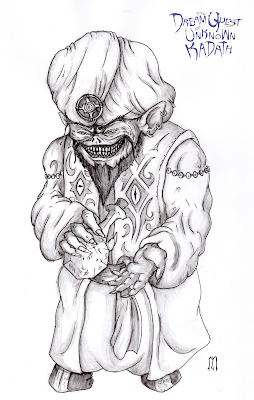 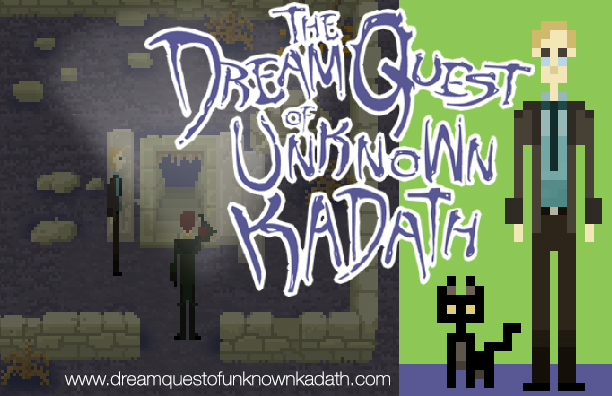 Turning to other matters, as stated in the previous post, Sara Bardi and myself will be appearing at NecronomiCon Providence this weekend.  I'm scheduled to deliver a short talk on a panel at the Armitage Symposium on one of the chapters from my dissertation, “’The Inside’ of H.P. Lovecraft’s Supernatural Horror in the Visual Arts,” at the Narragansett Ballroom, Omni Hotel 1st Floor on Saturday from 4:00 to 5:15.  Sara is supposed to make an appearance as well and will hopefully chime in here or on our Facebook page to let you know more about the details.  We intend on having some of the work that we've done on the game with us as well as copies of the flyer pictured below. 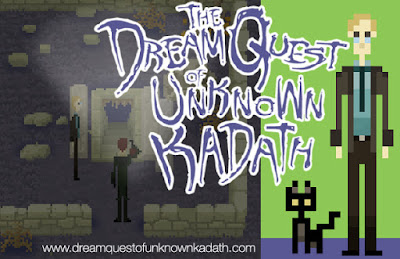 Should you see either of us, be sure to stop and say hello and feel free to ask us any questions you might have about the project.  That's all for now.  We hope to see some of you in Providence!
Posted by Nate Wallace at 9:04 PM