Level One of Dream-Quest: H.P. Lovecraft's short story, "The Statement of Randolph Carter"

Hello folks, this is Nate here.  My post this week will outline our vision of the first level of the game which will be supplemented with some of Luis' recent concept art.

Every good fantasy-based narrative needs a frame to help establish a basis from which the extraordinary can unfurl.  For our game, instead of the very beginning of The Dream-Quest of Unknown Kadath, we have chosen to begin our tale with H.P. Lovecraft's short story, "The Statement of Randolph Carter" (which can be read in full at Donovan Louck's comprehensive Lovecraft site).  We opted to make this change because Dream-Quest, though it is certainly about the contrast between the real world and fantasy, lacks a strong element of the former at the onset of the narrative.  If you read our design document, in the section of our website entitled The Game, you'll note that we hope to have a major clash between the real world, known in our game as Wake World, and the Dreamlands, brought on through Carter's movement between the two worlds.  Additionally, TSORC is the first story Lovecraft wrote involving the fictional character of Randolph Carter and potentially provides a strong personal motivation for Randolph Carter's journey into the Dreamlands, beyond his quest for the marvelous city of his dreams.

Beyond narrative concerns, a first level in any game should help familiarize the player with the game's controls and mechanics so they have a base of knowledge from which to build upon.  In terms of Dream-Quest's first level, the setting of TSORC is in a graveyard in the south of the United States, referred to by narrator in the original story as located near Big Cypress Swamp.  After the climax of TSORC is represented on the screen within the game, Carter will face an onslaught of ghoul enemies pursuing him as he attempts to escape the graveyard with only a shovel and an electric lantern to aid his flight. 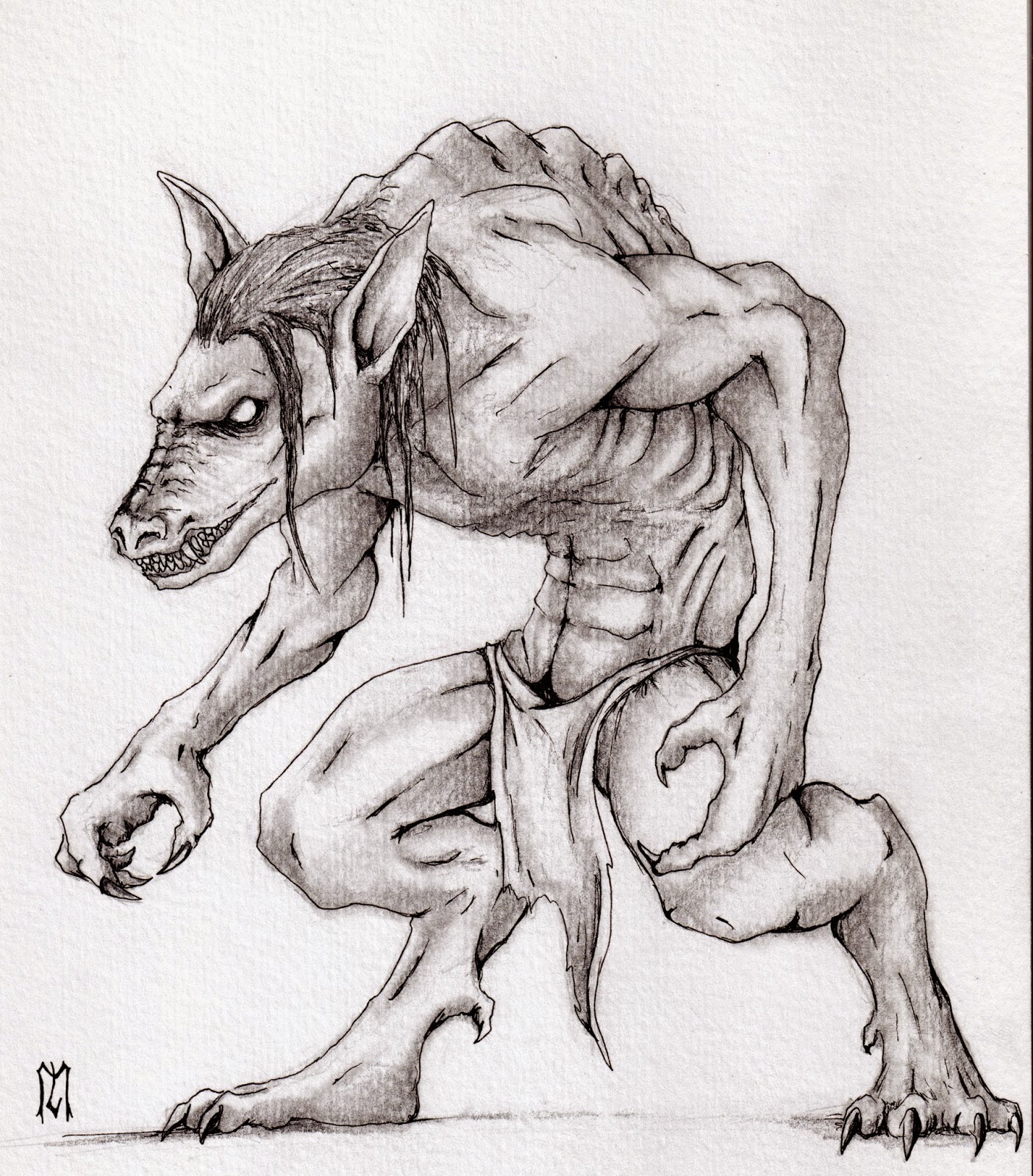 
It's important to note that though the main focus of combat throughout the game will indeed be the Final Fantasy/Pokemon style side battle view, in the overhead perspective when you control Carter's movement through the game world, the player will have agency to avoid such battles, or even effect the battle before it takes place.  When a ghoul is in range, Carter can use an object, such as the shovel on it (which only stuns it), opt to fight it by pressing a button (changing the screen into the battle view) or avoid it altogether.  In some respects, it’s like Persona 3’s battle system, since you see an overhead representation of the enemy before you actually battle it in a side view, though it is much more interactive.  If the ghouls attacks Carter and lands any damage before the player presses the button to trigger a battle, it will essentially kill the player's character unless they are equipped with certain items.  As Carter levels up, his reach, in terms of his ability to trigger battles, will continue to extend to a wider area.  We decided to go with a more active over world style because it hasn’t really been blended with FF side battle systems to this extent and hopefully this approach should help differentiate our game from our influences, while cutting down on the boring aspect of passively traveling from one over world location to the next with very little for the player to do besides press a button to talk to an npc or open a treasure chest.

Additionally, in the first level Carter will need to use his shovel to break into various sepulchers throughout the level in order to hide from the ghouls and will encounter lesser enemies like bats and spiders that he can actually defeat with his meager weapon.  Luis is currently working on designing these enemies and we should have something to show you soon in terms of concept art.  In the meantime, here's a screen shot from the level in Game Maker, which is definitely still a work in progress. 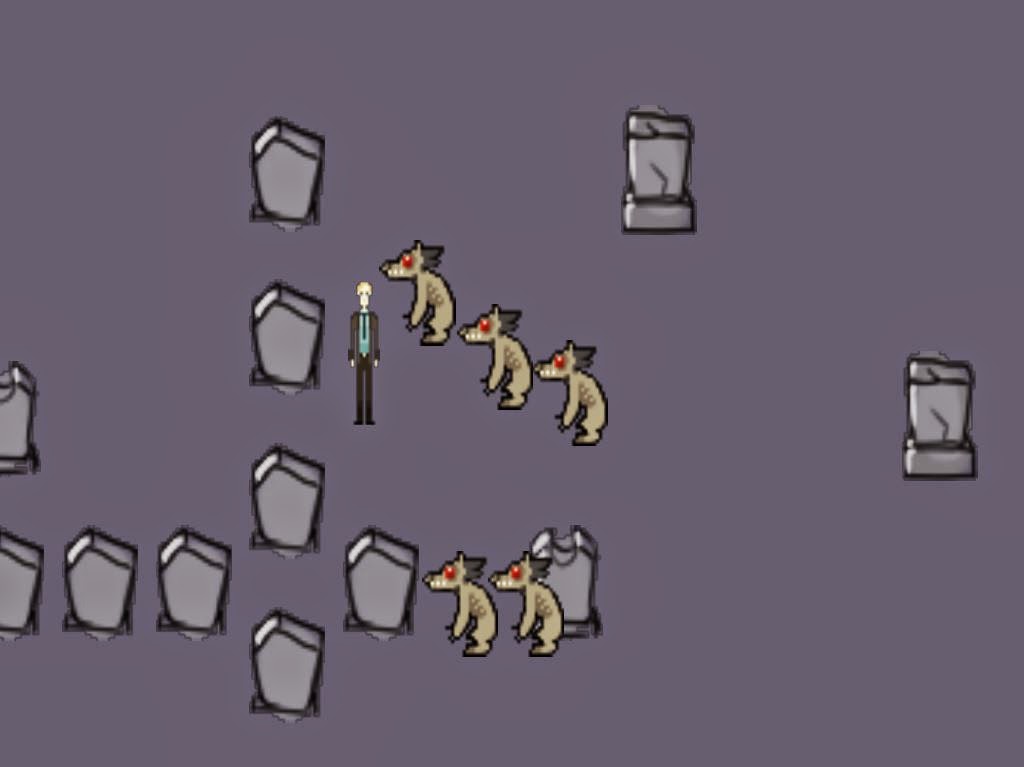 Right before Carter reaches the cemetery gate, he encounters a ghoul that functions as the boss of the level.  Because this conflict is triggered automatically, the player will enter a side view battle screen and will have to implement a series of commands (TBD) successfully in order to slip past the ghoul. 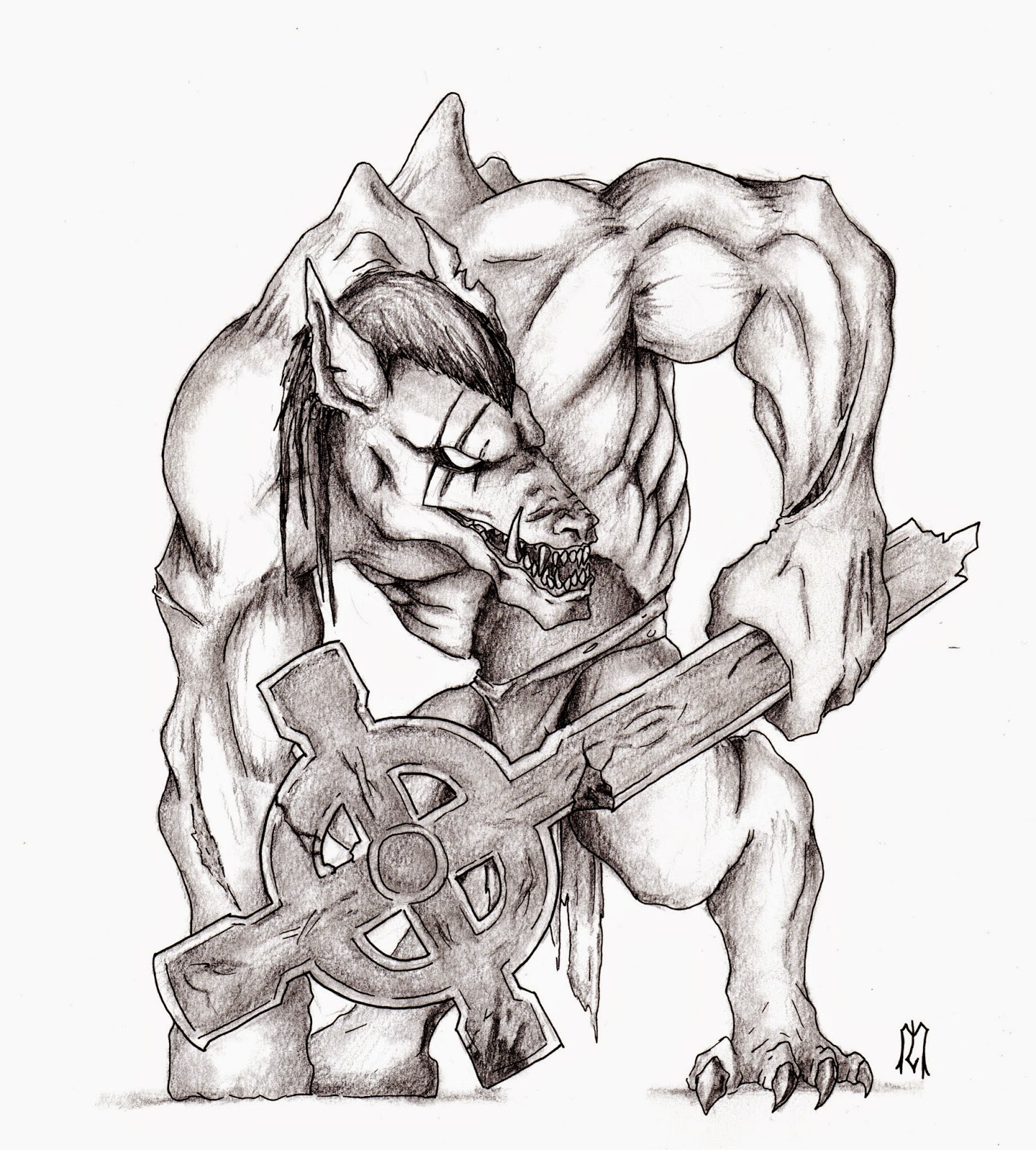 Now that I've given an overview of our first level, I wanted to let you all know that we have another team member who has joined our efforts: Marco "Shodan" Evangelisti, who will be programming the actual game in Game Maker.  We hope to have a bio and picture to post from him under Crew fairly soon, as well as video of some of his work in the program as he begins to plug some of our visual assets into the game.

Speaking of team members, we're still in need of pixel artists/animators to help translate our artists' concept art into game assets and a musician willing to provide a score and sound effects for our game.  Please contact Sara (sarabardi92@gmail.com) or myself (diemath@gmail.com) if you're interested in joining the crew.
Posted by Nate Wallace at 10:02 PM