I'm happy to announce that another tormented soul joined the Dream-Quest crew!

Posted by Unknown at 4:55 PM No comments:


Experimenting with pixel art (based on preliminary concept design)
Conceptual sketch for the Enchanted Forest which could be used as promotional banner for the project when it's ready! 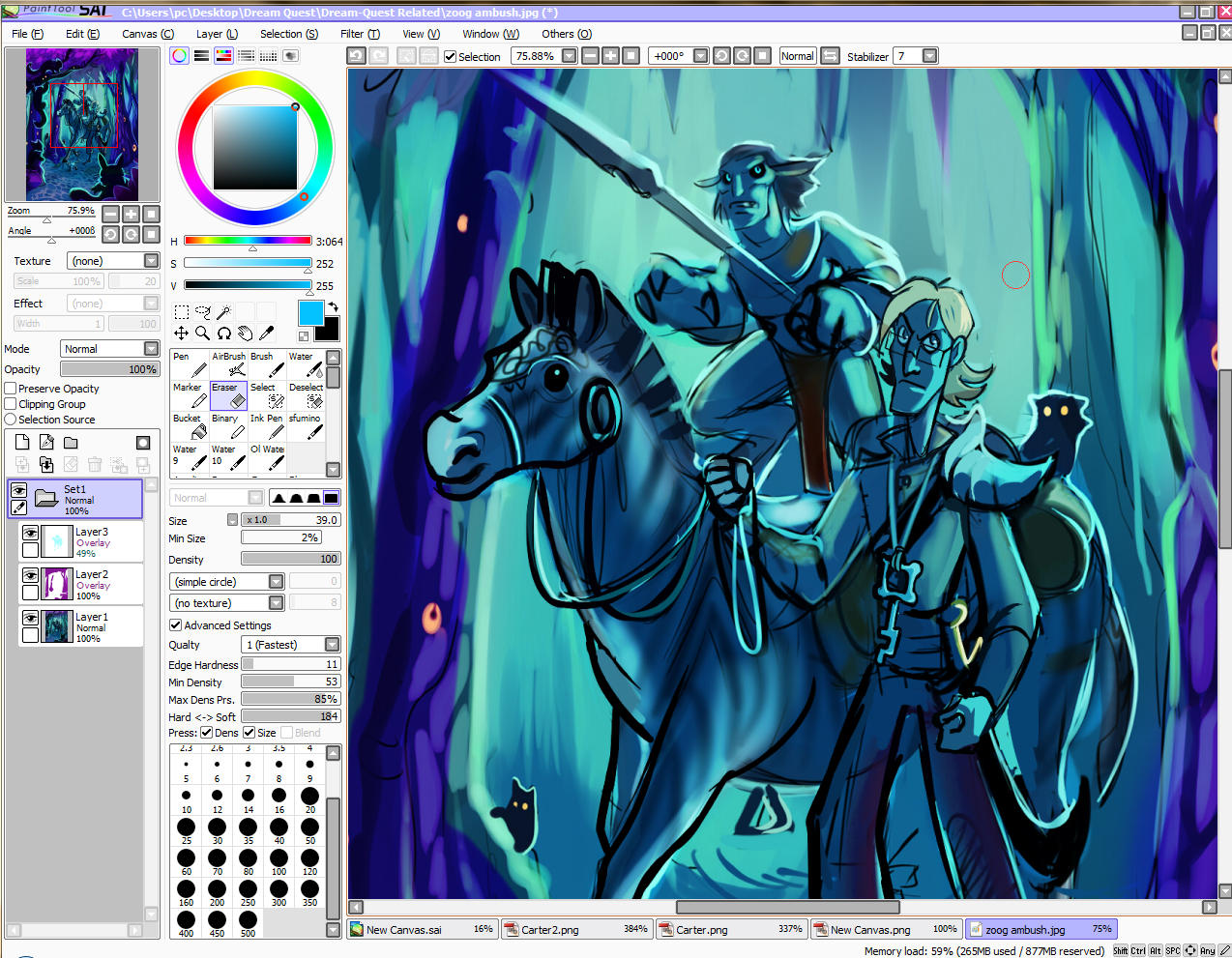 Posted by Unknown at 9:29 AM No comments:

As you can see, Sara has done a fantastic job developing concept art for our Dream-Quest game and narrowing down what Randolph Carter will eventually look like.  If you haven't had a chance to see her Lovely Lovecraft web comic, you should head on over to her site to check out her personal take on Lovecraft's mythos, which will undoubtedly influence the design and narrative of our game.

Turning to the focus of this post, we're currently trying to fine tune our vision of the game's overall mechanics, especially the manner in which Carter interacts with the game world through the overhead perspective.  Most of the game will be played within this mode and so it's rather important that we get it right.  Because we're implementing a side view battle screen for major combat sequences, you might expect us to make the overhead portion of the game traditionally static, with interactions limited to dialogue, entering and exiting rooms and dungeons and pressing levers.  Not so!  We're hoping to implement a fair level of interactivity into the overhead world to allow for limited combat, stealth runs, and an overall Zelda-like experience, including environmental puzzles, dynamic objects and the ability to find and detect new areas.

As referenced in the design document, Dream-Quest's protagonist, Randolph Carter, does not possess any particular super power or fighting ability and thus is rather physically vulnerable to attack by his enemies.  Carter's limitations compel the player to seek out allies to help protect him as he moves through the Dreamlands in his pursuit of the marvelous city.  However, when the player is negotiating the overhead world, Randolph is basically on his own within this mode and must act accordingly.  Many times he'll come across a potential threat throughout the game and will need to flee, hide or run past potential enemies in order to progress further.  The decision was made, in order to facilitate responsive gameplay during this section, that the game would utilize an xbox controller to assure a reliable and quick means of player input.

Though it is very early in the process, we envision that in the overhead mode Carter will be able to dodge/roll, jump, run, crouch, grab and utilize two different functions of whatever object the player has chosen to equip.  The player will need to use and master all of these moves in order to help prevent Randolph from being detected by his enemies and injured.  Nevertheless, should the player wish to engage the enemy in battle and if the target is within a given range, the player can press a button to switch to the side view battle screen.  Once the enemy is defeated within this screen, they will disappear in the overhead world and the player can move on unimpeded.

We're still trying to figure out what buttons to map for a given action, and the number and nature of the actions are still very much in flux, but hopefully this brief description tells you a little bit about what we're hoping to accomplish within the game.

Finally, it's important to note that our little project is still looking for a couple of knowledgeable Game Maker programmers and sprite artists, so if you find that what you've read about the game interests you, or might be interesting to someone you know, please feel free to contact us at diemath@gmail.com  or sarabardi92@gmail.com.
Posted by Nate Wallace at 12:29 PM No comments:

Dialogue interface and game screen concepts, showing the contrast between the Wake World and the Dreamlands. 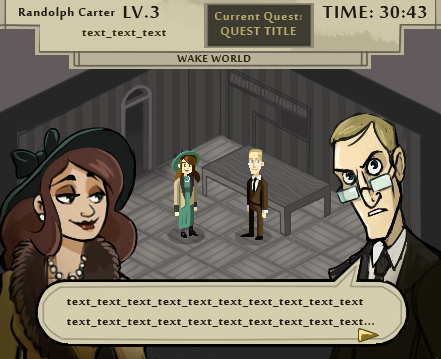 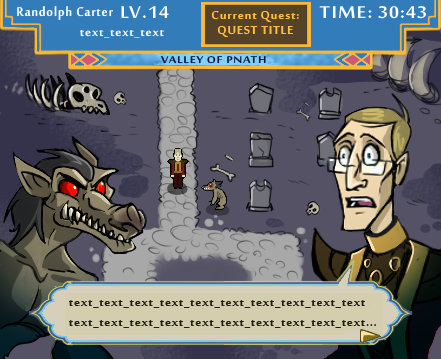 Hello world!
I am Sara Bardi, conceptual artist of the Dream Quest game and main responsable of all the bad grammar you'll find in this blog. Me and Nate were working together for some time now and trying to figure out how the game's graphics may look like and  how our ideas can be implemented in the gameplay.
We had several brainstorming sessions by email and now I want to show you what our combined minds produced in the past months.

Of course, the first thing to design was our protagonist, Randolph Carter. Here you can see many variations of him, in some he looks quite similar to Lovecraft, in others he's almost a complete different character except for the fact that he keeps his slender and intellectual look. 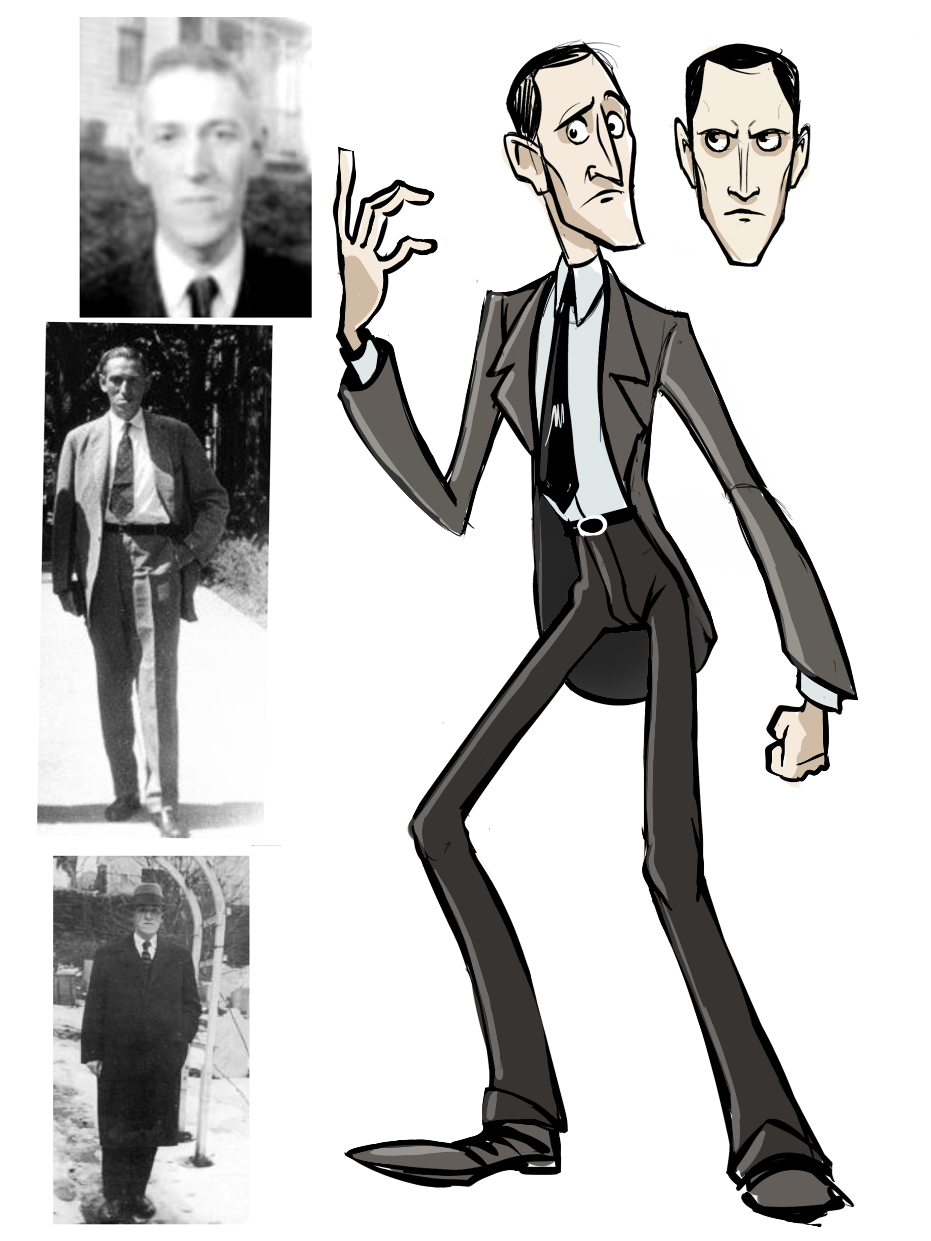 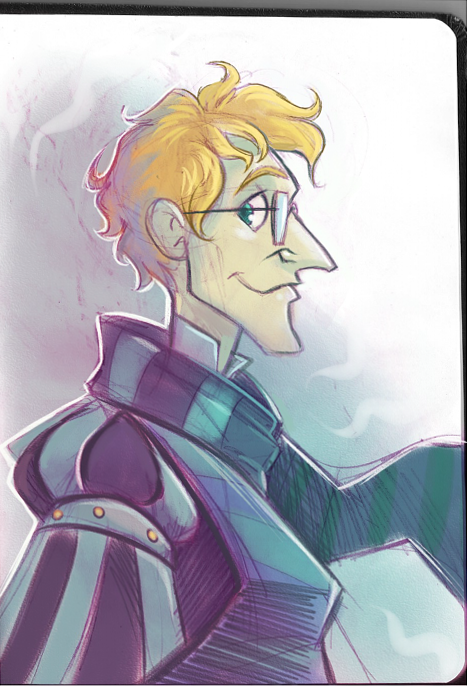 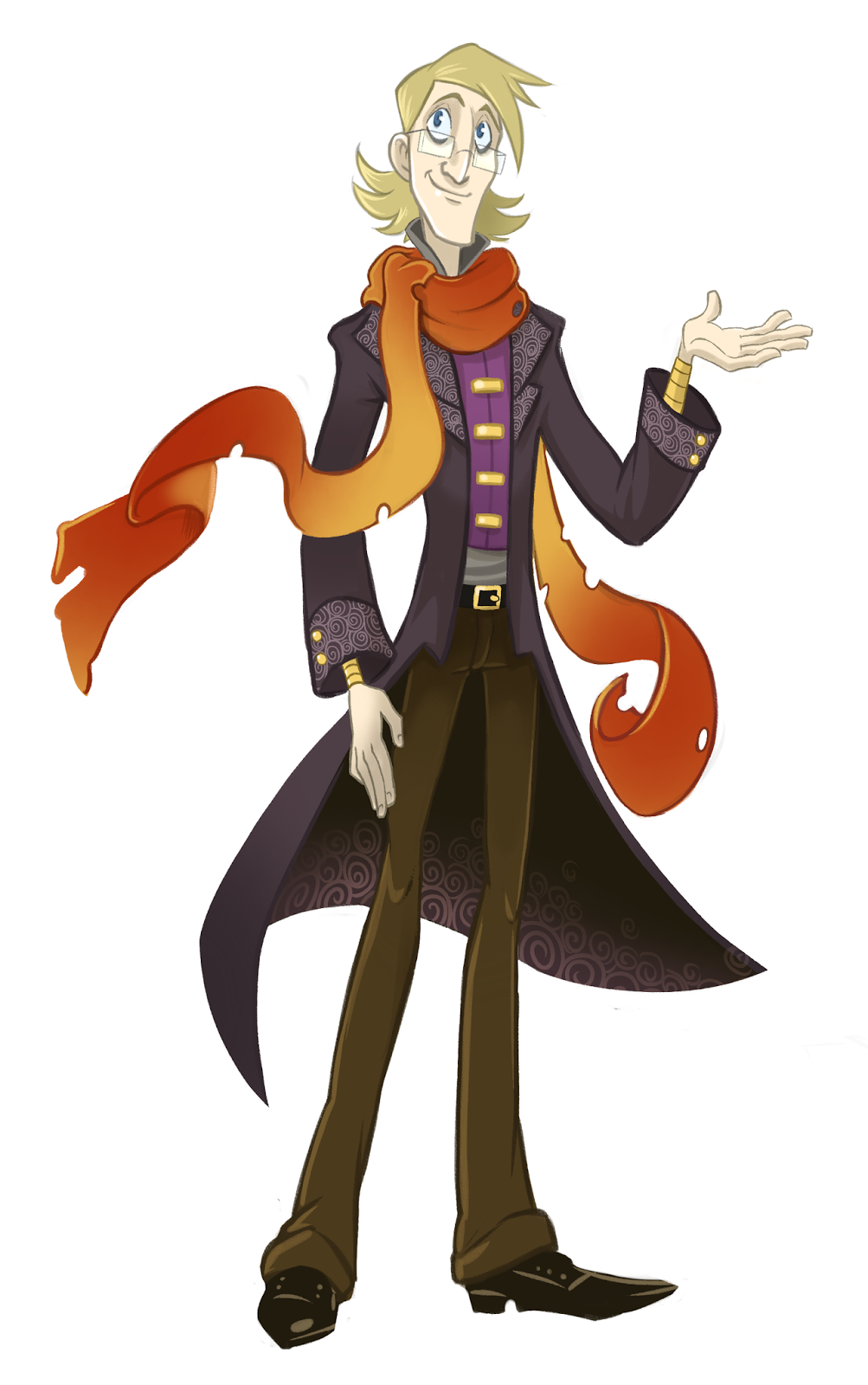 In the mean time, I am doing some concepts for support-characters such as the Bearded Priests Nash and Kaman-Thah, Queen Nitocris, Nyarlathotep and Madame Greenevsky (Sonia Greene). 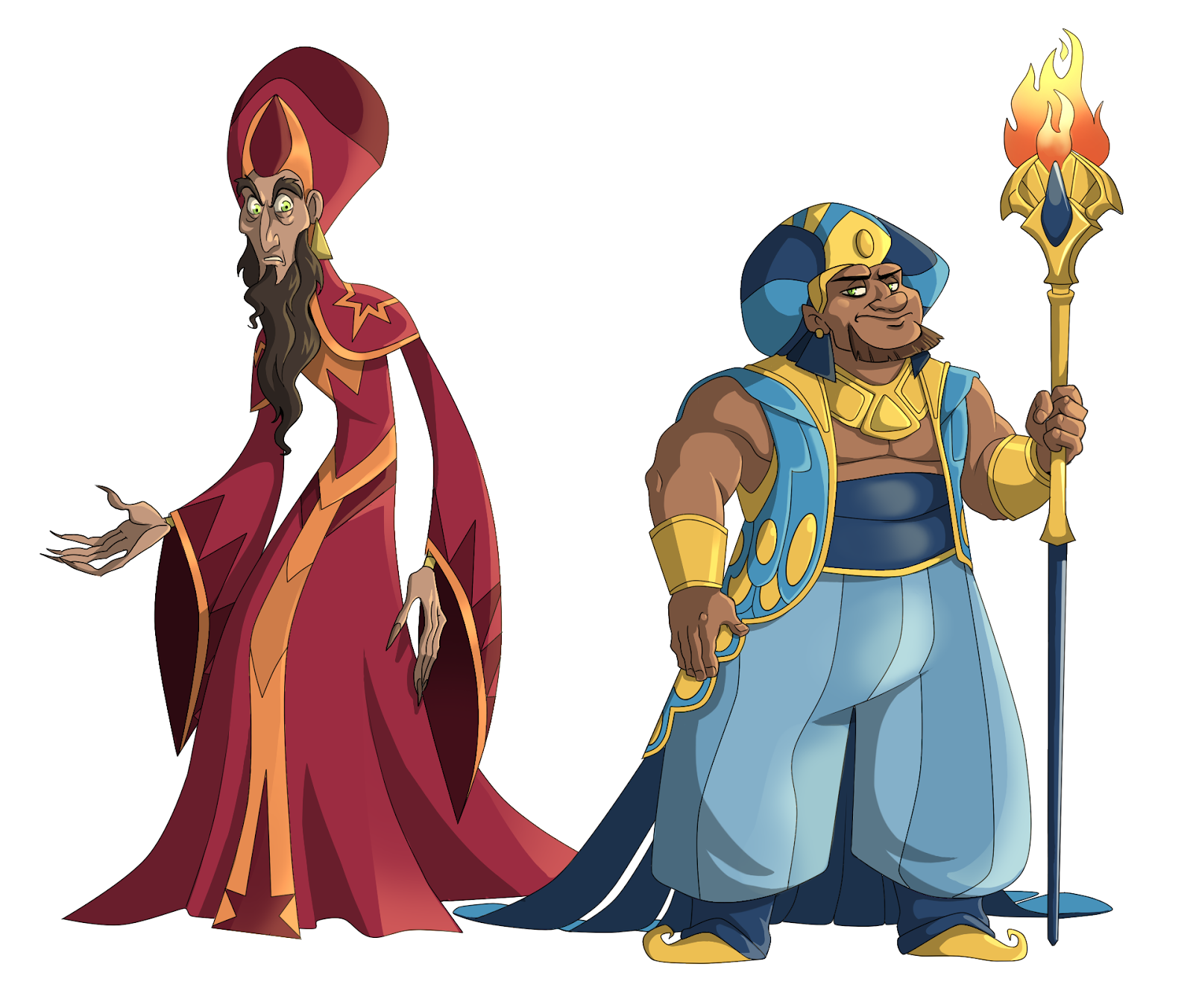 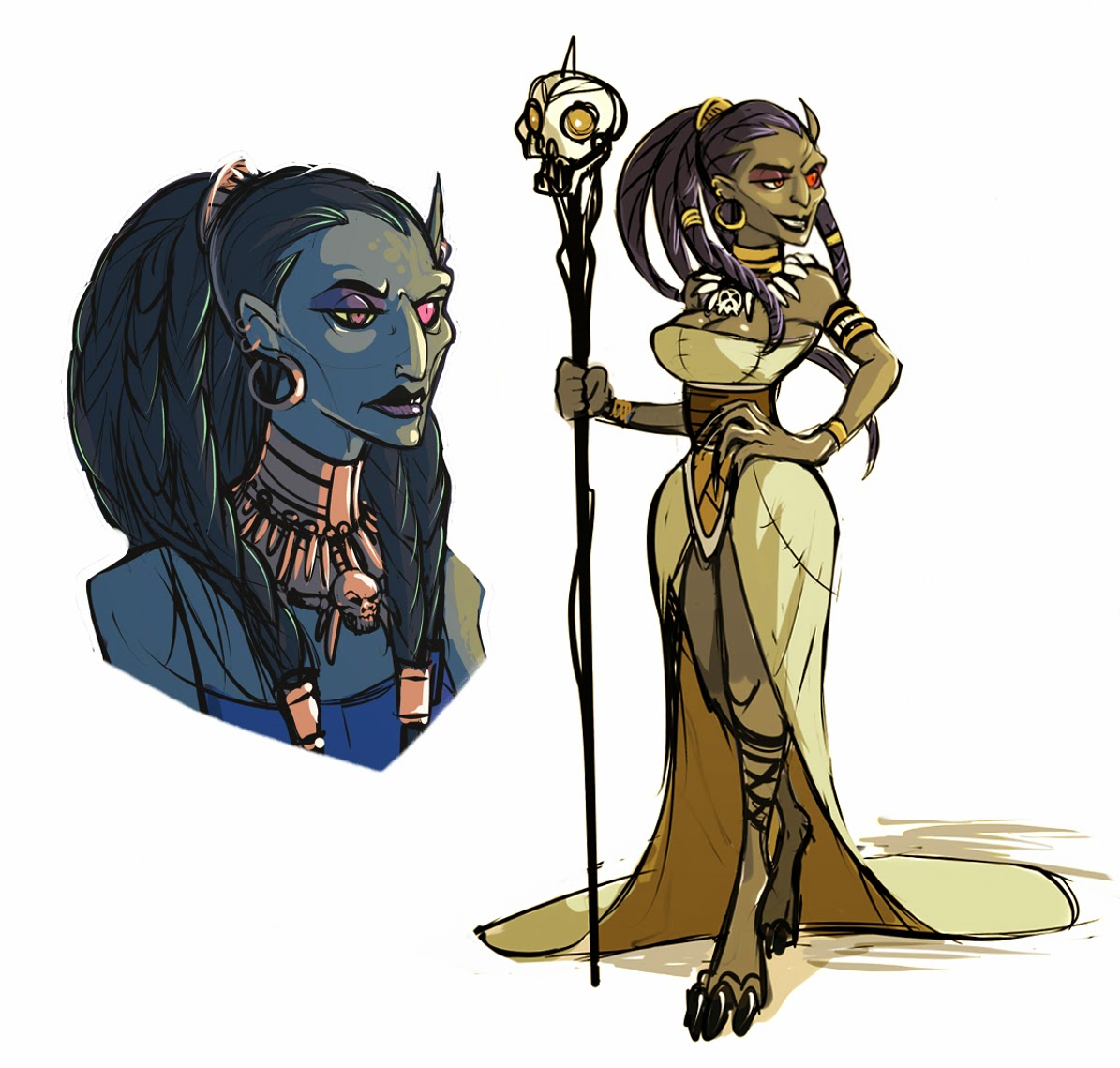 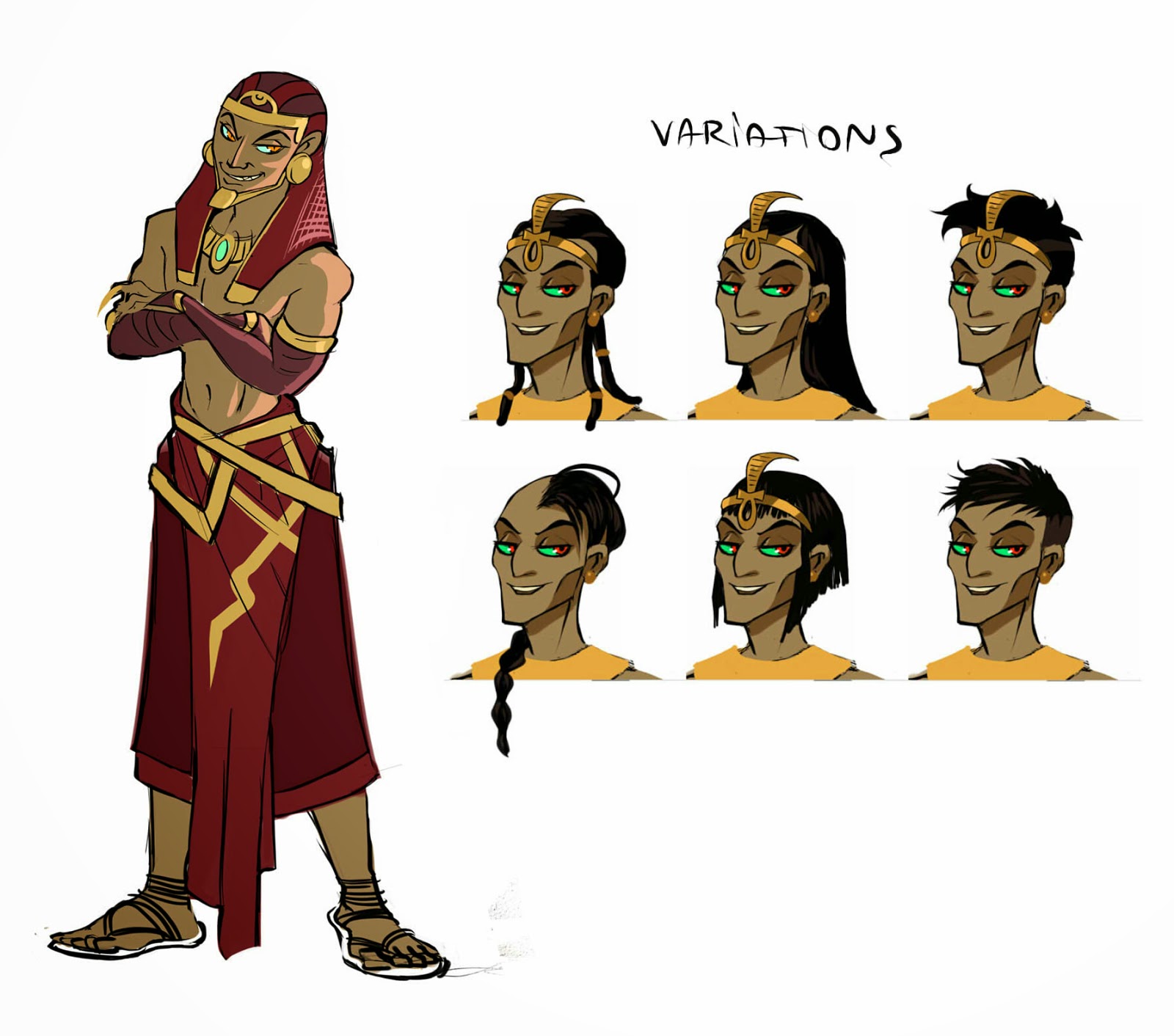 Hello, this is Nate Wallace and I'm writing this week to submit the first post out of what promises to be many on our journey to create a role-playing video game for the PC based on H.P. Lovecraft's novella, The Dream-Quest of Unknown Kadath.  These are early days for the site, so you'll probably notice a lack of content, however, we hope to rectify this in the weeks and months to come as we get further along into the development process.  Our team is rather small at this point, so if you find that you have a certain skill set that we might utilize and you're eager to contribute to our efforts, please feel free to drop us a line at diemath@gmail.com. 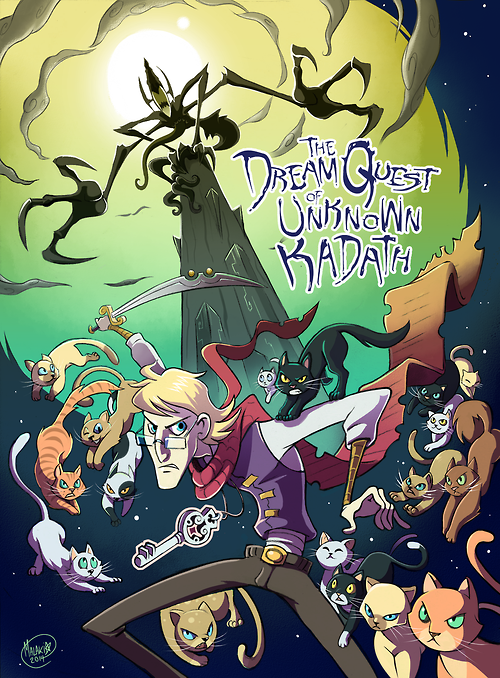 
Much of what the team has accomplished is rather preliminary, however, you can view our current design document via Google Drive.

Posted by Nate Wallace at 5:10 PM No comments: